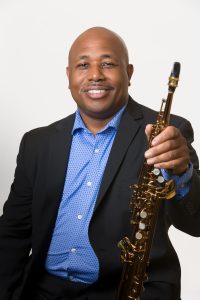 Roderick Paulin, the Founder of the Musician’s Council on Fair Wages

Union member and lifelong musician Roderick Paulin has partnered with the American Federation of Musicians, Local 174-496 to found a nonprofit called the Musician Council on Fair Wages. Being a 501(c)(5) nonprofit, the Union is somewhat limited in our ability to raise money and engage with the local community. For example, typical nonprofit fundraisers and spearheading events and employment opportunities such as festivals are limited or not allowed as a labor organization, but a 501(c)(3) nonprofit such as the Musician’s Council has more avenues for fundraising and directly creating jobs for musicians. Therefore, in partnership with the Musician’s Council on Fair Wages, the Union can have a hand in creating a free music festival in New Orleans and expand the scope of how the Union can help bring together all musicians, whether Union members or not, to help fight low wages in New Orleans.

What is the Goal of the Musician’s Council on Fair Wages?

The mission statement of the MCFW is “To reinforce the unification process for musicians to align themselves personally and professionally. Systematically bridge the economic gap between how much musicians are compensated for performances currently versus the amount club owners/event planners (public & private) are paying and/or willing to pay for their services.”

While wage issues in New Orleans are complicated, multiple steps can be taken to move in the right direction. Since April, Roderick Paulin has been holding monthly organizing meetings at the Union Hall, inviting Union and Non-Union musicians to learn about effective ways to organize and teaching on topics that affect performing musician’s careers in the short and long-term.

Other Goals of the MCFW include:

The MCFW website is currently being constructed to further outline how it will fight to create a better quality of life for all New Orleans Musicians. We are incredibly proud and grateful to Roderick Paulin for his work in improving labor conditions for New Orleans Musicians, and look forward to a long relationship with the MCFW!